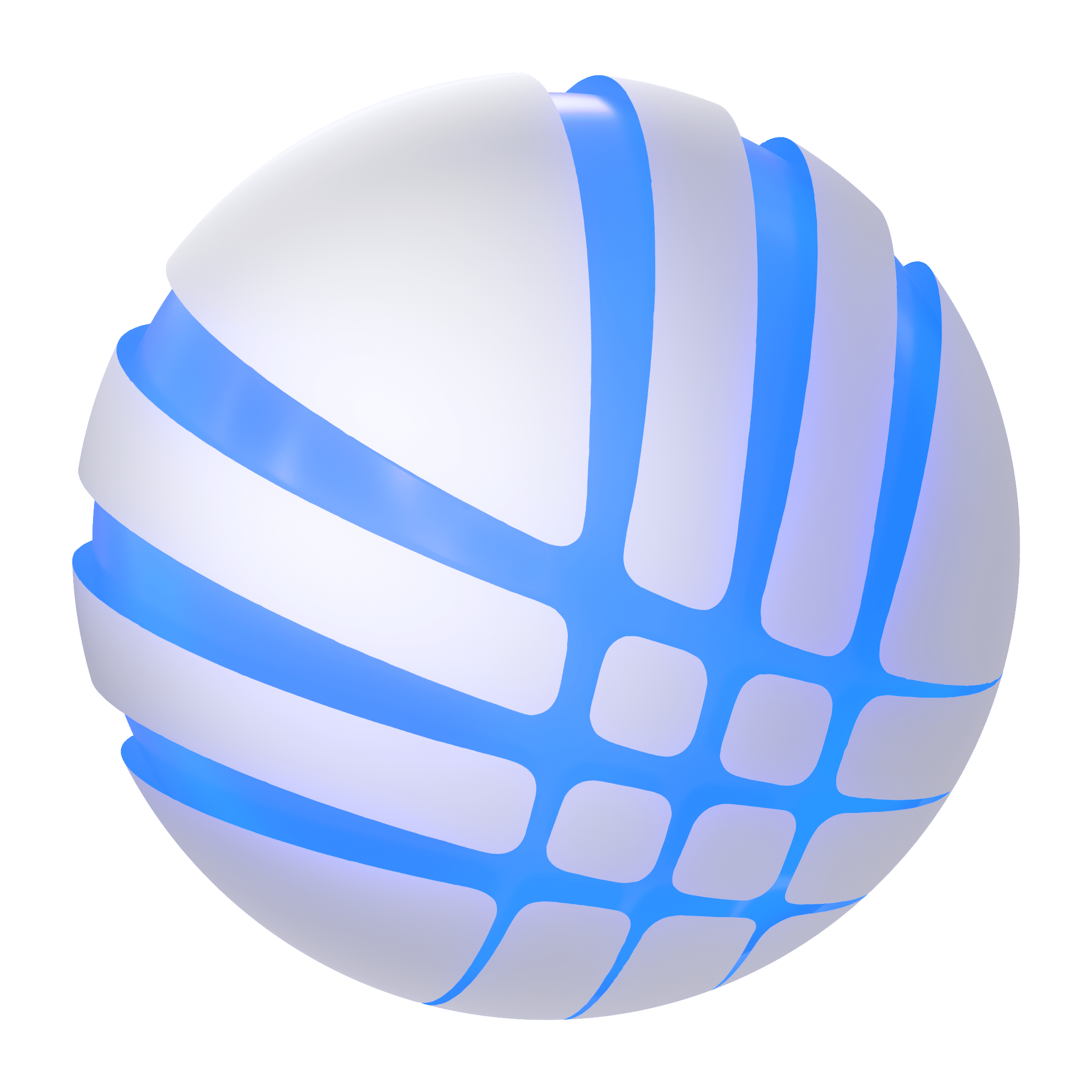 The work of art is under constant redefinition. A powerful solvent, the NFT, has been applied to the work of art as we’ve known it so far. The reaction has begun. What form this new element will take is yet to be fully realized. One absolute remains: in time, all things dissolve.

As a digital artist this moment is liberating. A new path has opened up. NFTs offer a solution to the pitfalls of sharing work on places like Instagram, which has trapped artists inside a limbo of gamified feedback loops of likes, views, advertisements, and influence, while they struggle to convert fragmented attention into monetary value from brands, potential collaborators and employers. Now, we may have begun the shift toward a new model of the Internet, where genuine appreciation and fair compensation for digital art is possible.

I've always been disappointed to see my real-time, generative work reduced to a video or still image. In its true form my work never exists in the same state twice, making the experience of viewing the work fluid and fleeting, and engaging the viewer’s attention in a way that a still image, or video cannot. So I have often felt confined by having to translate my work into a different medium than it was originally intended to be viewed.

NFTs can only be viewed on the web. They are created as purely digital objects. The web itself is a rich ecosystem of technologies that can be chained together to create dynamic, interactive experiences. It makes sense that NFTs should leverage the power of the web, instead of being limited to still images or videos. The power of the blockchain has also opened up the potential for artworks to contain dynamic information about their own context, ownership, and variables from the external world.

Unfortunately, the major platforms for viewing and collecting NFTs have limited capacity for displaying alternative types of work: they offer few options beyond image or video files. That limitation, along with my disappointment with the available tools, motivated me to create my own series of 1-of-1, generative, browser-based NFTs.

When you’re limited by other people’s tools, sometimes you must build your own.

If viewing on Safari, enable WebGL 2 in Developer -> Experimental Features

Solvency consists of four major components: the smart contract, the front-end code, the random seed, and the back-end. The smart contract determines the work’s mechanics. I collaborated with software engineer Steve Klebanoff to produce a bespoke smart contract that handles the logic for minting each piece.

Each piece in the series is simply a digital token. After a token is purchased, information from that transaction generates the work of art. Conventionally, image or video files are linked via metadata to this token within a smart contract. In theory, this metadata can contain any type of media, which means that NFTs are not limited to images and videos. The media associated with Solvency tokens are dynamic WebGL simulations. These simulations are feedback loops made of multiple shaders that render particles which drive the movement and form of layers of moving color and texture across the screen. The textures themselves were generated using a GAN trained on 35mm photographs I’ve taken over the last few years. I grouped these generated images into categories like ‘Flowers’ or ‘City.’ I also hand-selected certain combinations of values that generate particle formations within the simulation such as ‘Veins’ or ‘Smoke.’ The result is that each artwork is unique, with a wide potential for aesthetic variation, but sharing properties that produce a thematic series.

In the Solvency smart contract, a pseudo-random function generates a hash associated for each minted token, which is used to seed a deterministic random number generator. Deterministic simply means that these randomly generated values will always be the same, given the same input hash, so that the artwork will always render in the same way after it has been created. The values generated by the random number generator control the parameters of the simulation, as well as the selection of image textures that drive the color and composition of the piece. Some tokens contain combinations of textures and forms that occur less frequently than others. The piece doesn't exist until it's minted. Because of the random distribution of attributes there’s no guarantee that a certain rare attribute will exist in any of the pieces after they’ve all been minted. The smart contract points to an Arweave hash that represents a permanent copy of the front-end viewer hosted on the Arweave blockchain.

In addition to the main WebGL artwork, I opted to render each piece into video and image formats, because collectors should be able to see their artwork on the parts of the web that don’t support the real-time WebGL version, such as OpenSea or mobile devices. One of the challenges of Solvency was to create a backend that could automatically render artwork that had never existed before being minted. I needed to add automation to avoid manually rendering videos for all of the artworks. To do this required a significant amount of experimentation, given that the tools for rendering video on the web, especially from WebGL, are limited. Many moving parts had to be connected to create a seamless data flow between automated processes. Detailed technical discussion of the backend goes outside of the scope of this essay.

The artwork is stored on an HTTP server, and “permanently” on the Arweave blockchain. When you access the front end website at solvency.art, you're viewing a version of the work hosted on Vercel’s servers. Each piece directly links out to a streamlined version of the website, hosted on Arweave, which will render the exact same version of any Solvency piece given its token hash seed. In the case of the Arweave website, all scripts and textures are hosted on Arweave’s blockchain. If solvency.art ever went down, all pieces could still be viewed on Arweave.

For technology to improve, it must simultaneously break itself. Software becomes outmoded, deprecated, or vulnerable to security threats. Hardware becomes more performant, capable, and incompatible with older tools. It's nearly impossible to permanently archive a website (most rarely last more than 2 or 3 years) but we can try our best to conserve them for as long as possible. Digital artists will never have complete control over the software they use. Even the lowest level software depends on third parties beyond the artist’s control—packages, libraries, browsers, operating systems, compilers.

By creating an NFT built inside of a WebGL canvas, I'm making assumptions: that WebGL will continue to exist as a browser-based API, that computers will be able to run the code, and that the code is future-proof. I’m also assuming that both the Arweave and Ethereum blockchains will persist.

All works of art are built on assumptions, having to do with the potential endurance of media, e.g. canvas, paper, videotape, plastic. Artists have typically not put the concern about the longevity of materials first in their thoughts, convinced that ars lunga, vita brevis was sufficient reason to pitch something into the sea of time, in hopes that it would last a long time, if not ‘forever.’ It would be interesting to calculate the sheer number of works of art disappeared, deteriorated, lost to the elements, and rendered null by time—NFTs will be no exception. Art museums and collectors, armed with their expert restorers and conservators, are forever fighting against the material destinies of their collections. Often modern works, enabled by certain technological breakthroughs, become the hardest to maintain.

By fighting to preserve something, whether it be a digital file, a building, a painting, a state of being, we are fighting against the natural tendency of all organized collections of matter to move toward chaos - the tendency of entropy. Entropy is the fundamental law of the universe that measures disorder and uncertainty within any given system. Generative art and entropy run in parallel. How to create something that is at once dynamic yet never-ending, visually enticing at any given moment yet always in a state of flux, an ever-changing image, always rearranging and redrawing itself? To do so it is necessary to embrace the tendency of systems to dissolve, and move toward chaos—towards an equilibrium that can't be reversed. There is no 'undo' button in a time-based feedback loop, only the present moment and the next one. This condition of entropy is fundamental to both the tools, and the aesthetic language with which Solvency is built.

Solvency will be open to the public at 1pm EST on Thursday April 22nd. Each Solvency piece will cost 0.4 ETH, with a maximum of 500 pieces able to be minted. To join the Discord for updates, click here